CNIM, an internationally-oriented French industrial engineering contractor and equipment manufacturer, has appointed Frédérick Favre as Group Legal Director with effect from 7 January 2019. In this role, he will also oversee the insurance, compliance, corporate purchasing and CSR functions, reporting directly to Nicolas Dmitrieff, Chairman of the Management Board. He is also appointed member of the CNIM Group Directors Committee and secretary of the Supervisory Board.

Before joining CNIM, from 2010 Frédérick Favre was head of the Legal Department at RATP Dev, the RATP Group’s development subsidiary, at a time when the RATP has been increasing its openness to competition in France and abroad.

He began his career in 1999 in Crédit Agricole's legal department before joining that of the Casino Group, where he worked for seven years as a corporate lawyer and then as Banque Casino's head of legal. In 2007, he joined the Veolia Group where he was successively head of corporate legal affairs for the Veolia Transport subsidiary and head of stock market law for Veolia Environnement.

Frédérick Favre, 45, holds a degree from the Lyon 3 law school, where he also studied accounting and finance (DECF). 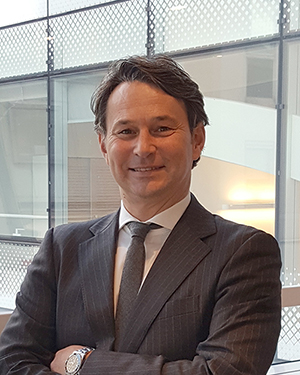